Tips for a Sustainable Seafood Boil 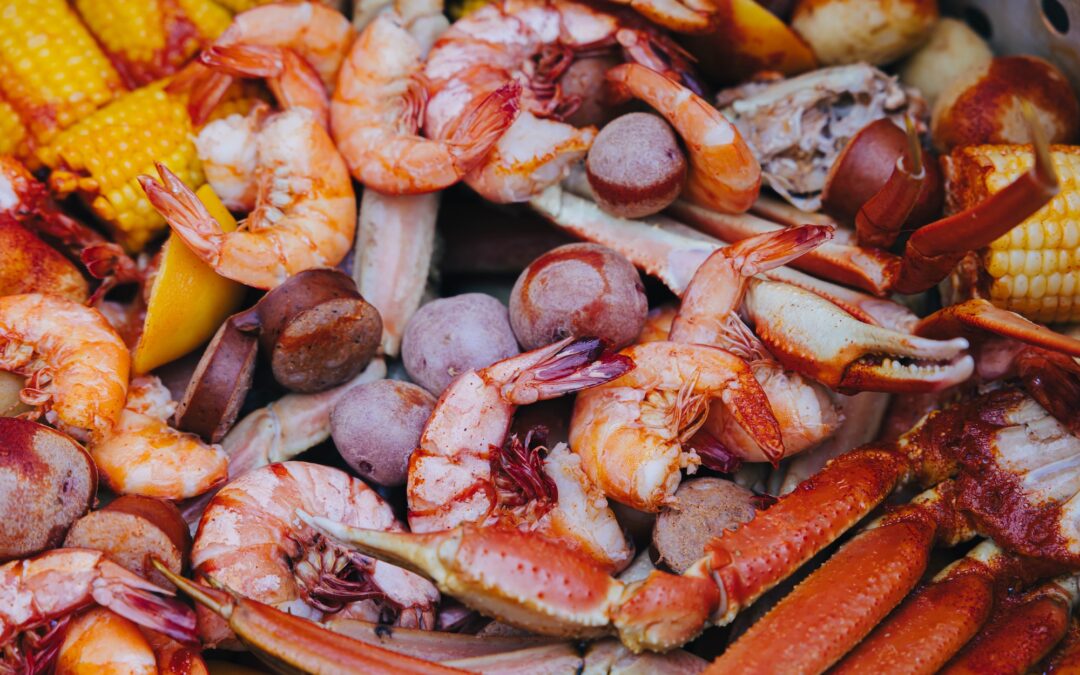 In a world where we enjoy over 3,000 kinds of blue foods and over 6,000 types of plants, what we know as the seafood boil has literally been “boiled down” to only a handful of ingredients.

While sometimes simple really is better, in my mind, it’s fantastic to have diversity in your seafood boil —as long as the seafood items are added to the broth in the order that it takes to cook them (longest to shortest), taking it one step at a time.

First, simmer the longest cooking and most flavorful ingredients covered in water, fish stock, clam juice, and white wine. Some ingredient ideas include:

Bring to a Boil

Once your chosen ingredients have simmered to perfection, bring this mixture up to a boil and add local clams, shrimp in the shells, crab (if in season), and chunks of in-season white fish such as California halibut or striped bass. Mussels can also be a good addition!

Just don’t use an overly oily or strong fish, like sardines or anchovies. While they’re great on the side, if added to the boil, they’ll dominate the entire flavor profile.

Cover your seafood concoction and let cook through. Toward the end of cooking, try adding cobs of local corn to sweeten the pot—they’ll steam without losing their crispness.

I love to serve my seafood boil with a lemon-garlic butter. I simply take equal parts olive oil and butter, melt this mixture down, add sliced garlic and let it heat until the garlic just begins to brown. Then, I throw in some parsley and lemon juice to taste.

Serve this butter alongside the seafood boil and accompany with a green salad & fresh bread. YUM!