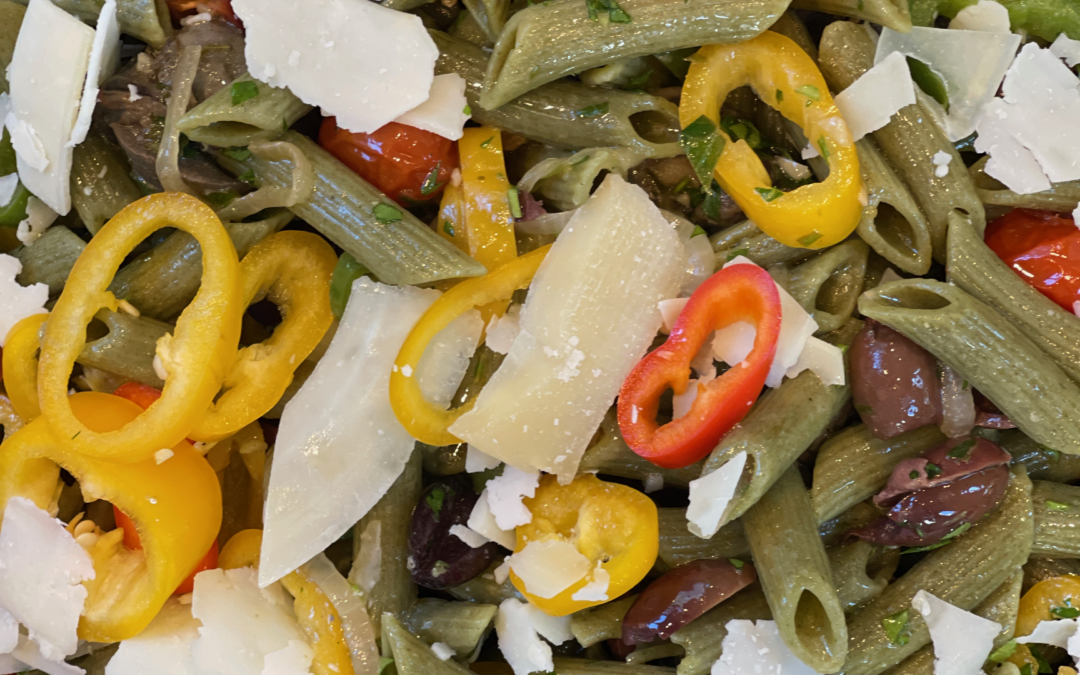 Are you a fan of snails? They may not be the first seafood that comes to mind for stocking your Sea Pantry, but you will want to after this recipe! Personally, I have always loved escargot, and am partial to eating them the traditional French way: slathered in herbs, garlic, and butter, lightly broiled, and then served in the shell alongside crusty bread.

For this recipe, I’m tossing the most delicious, sustainably raised snails into Peperonata sauce (a rustic Southern Italian sauce of stewed bell peppers, tomatoes and onions — yum!). We may not be able to travel to Europe anytime soon, but can transport ourselves through flavorful meals like this pasta, all while supporting sustainable farmers.

Peconic Escargot was started by Chef Taylor Knapp on the North Fork of Long Island, New York, after he grew frustrated not being able to find fresh, local escargot from any of his food suppliers. He started the first greenhouse in 2013, where they raise a heritage French species called Petit Gris or “Little Grey Snail,” known for their exquisite flavor and tenderness. The snails are raised on an incredible diet of wild, foraged, local greens like dandelion, burdock, clover, and sorrel. These are truly special snails, and I hope this recipe has you incorporating them into your regular recipe repertoire!