These goods from the sea are amazing staples; they support healthy oceans AND have nothing to hide.  There’s no artificial ingredients or additives, nor are they depletive—just delicious and ready at a moment’s notice. As the workhorse of the pantry, items like tinned seafood, bull kelp salsas, and pickled sea cucumbers can be combined to make your favorite meal while healing ocean ecosystems at the same time – all brought to your home with an appreciation for the rich bounty provided by regenerative products from the sea. 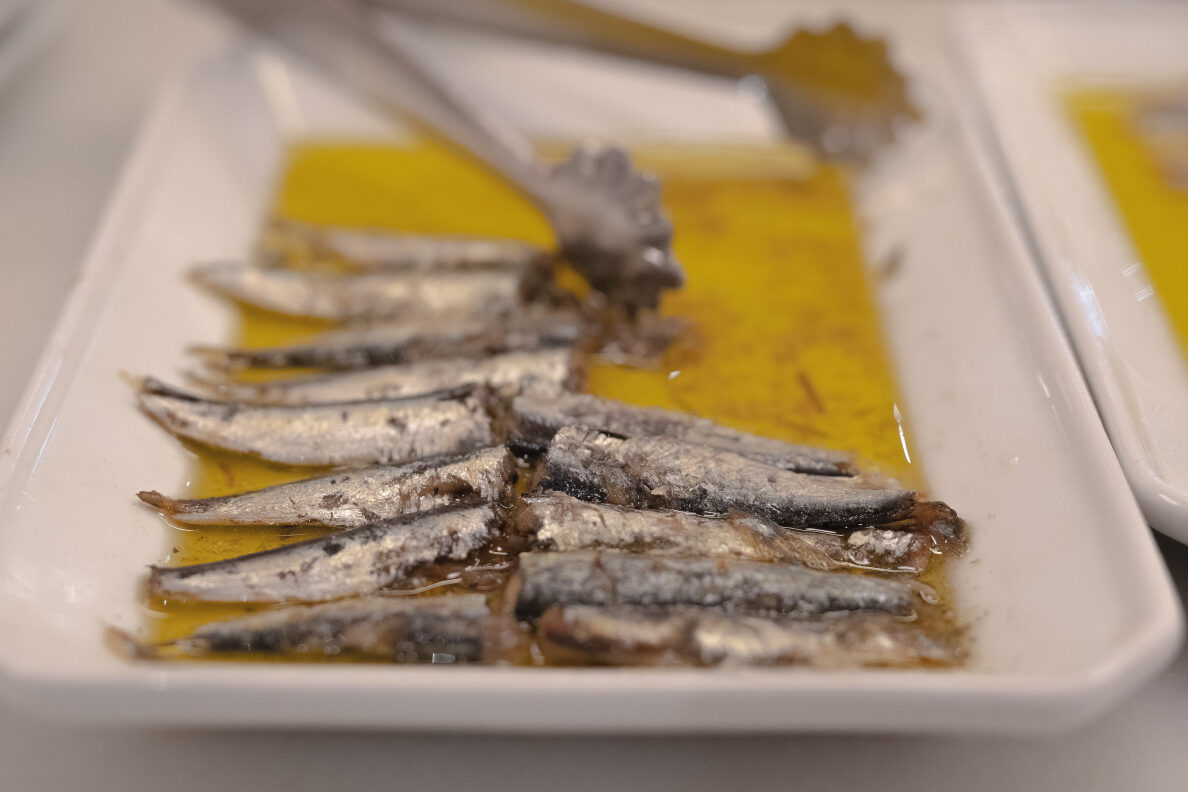 Sustainability: Finding sustainable canned anchovies or paste is very hard. You will need to really dig in to find them. European anchovies caught in the Adriatic Sea are a “Good Alternative” because a management plan is now in place for this fishery. The rest of Europe and the world are red listed because the management of the fishery is poor. 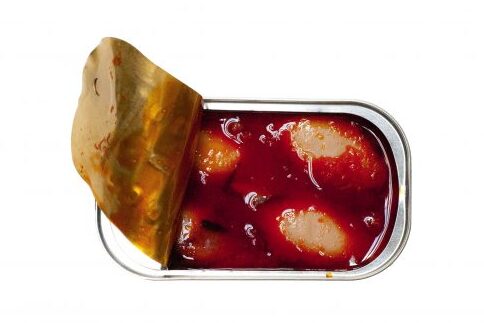 Sustainability: Sustainable squid is very difficult. At present, California market squid caught in California with purse seines is a “Best Choice” or Green from Seafood Watch. It is the only one that I feel comfortable buying! 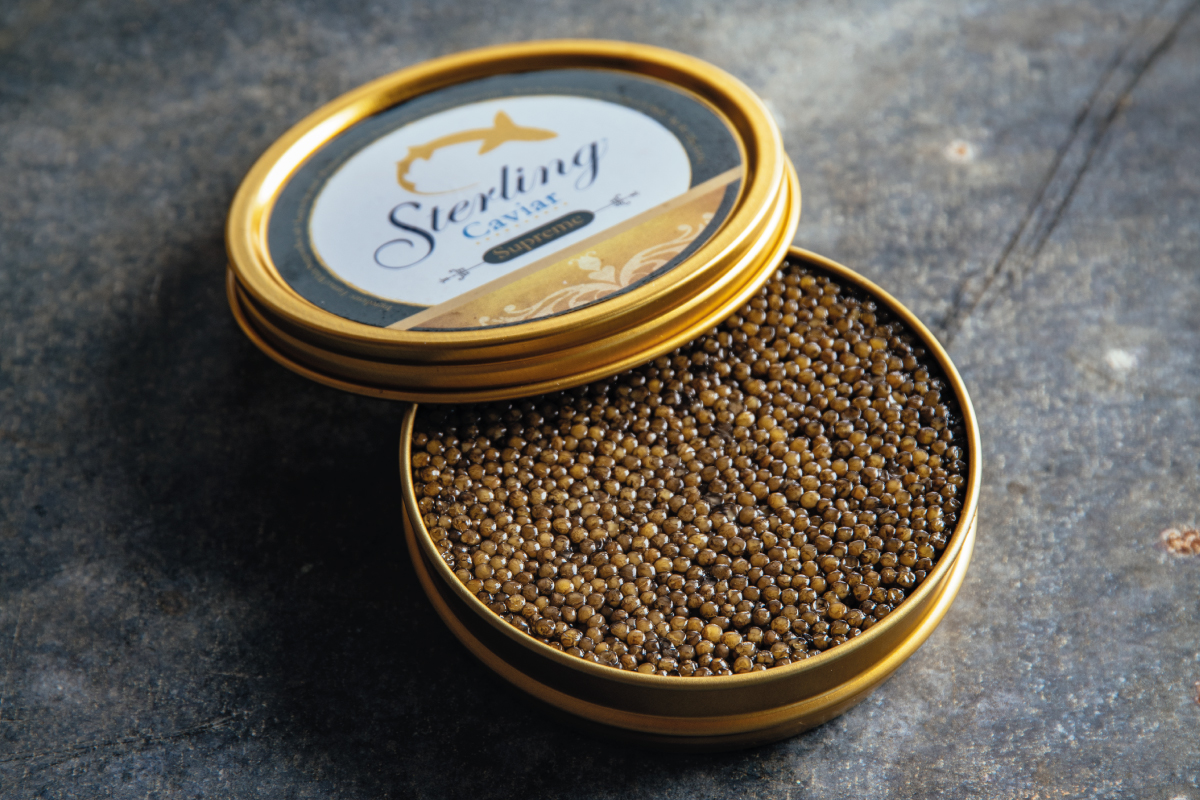 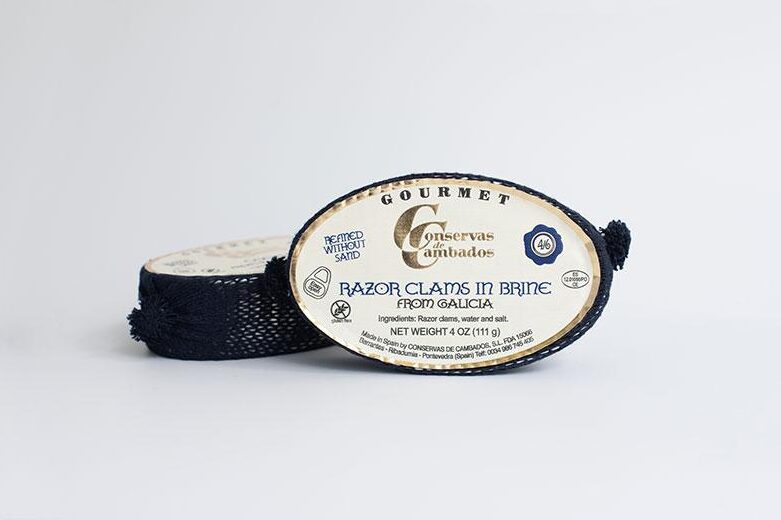 Sustainability: Shellfish aquaculture is highly sustainable because the environmental impacts are minimal. I look for ones that are locally-sourced if I can and am careful when buying canned to confirm where they come from. 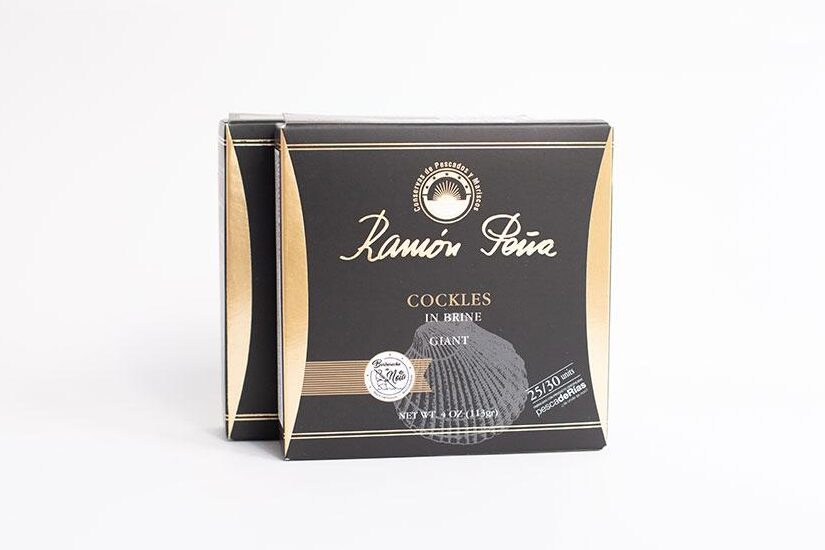 Sustainability: Cockles farmed worldwide with off-bottom cultures are a “Best Choice” or Green from Seafood Watch. Cockle aquaculture is considered a highly sustainable practice because the environmental impacts are minimal. 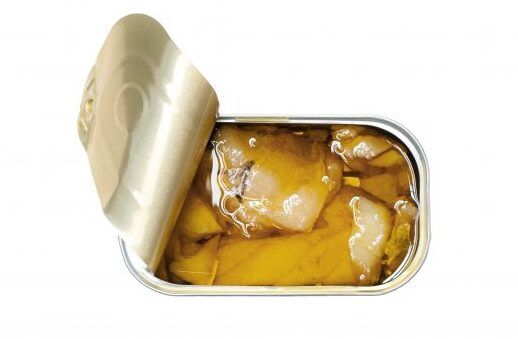 Sustainability: Pacific Cod is considered very sustainable and fish from Alaska to the Bering Straight are “Best Choice” or Green rated from Seafood Watch. The stock is healthy and considered well-managed! 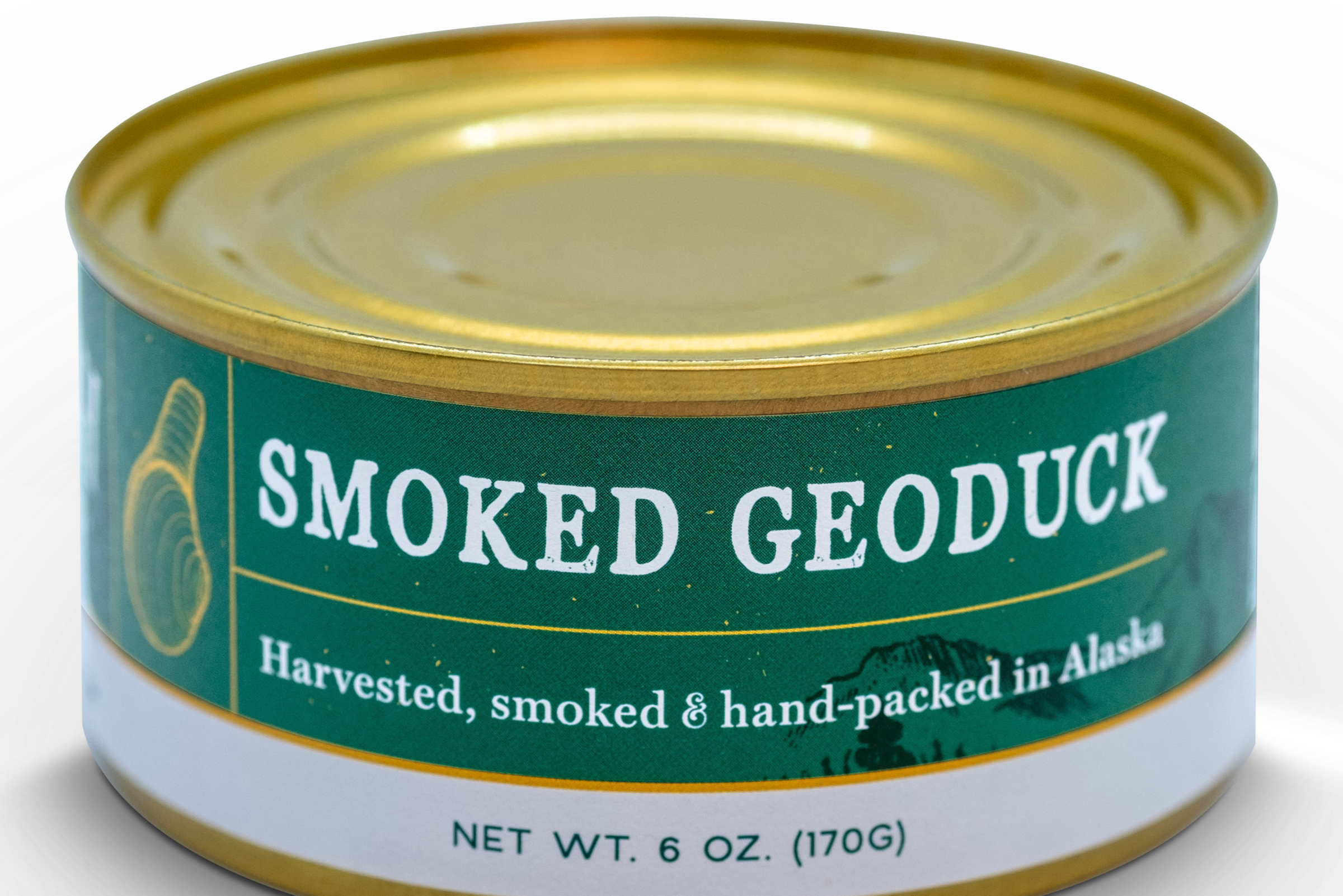 Sustainability: The geoduck clam is native to the West Coast, but the largest concentrations are in Washington and British Columbia. In fact, wild geoducks constitute the largest mass of any single species of marine animals in Puget Sound and is farmed in these regions. Pacific geoduck clams farmed on the seafloor in Washington and British Columbia, Canada, are a “Good Alternative.” I love using these wild, delicious members of the clam family in everything from pastas to dips. 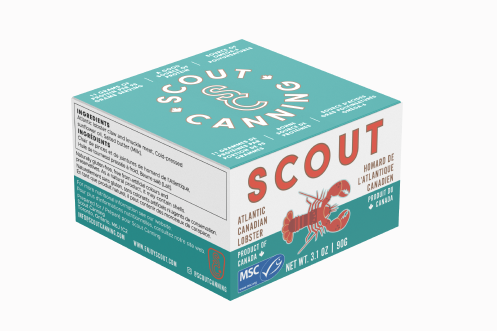 Recommend: Scout Cannery offers a delicious way to have lobster any day of the week.

Sustainability: The American lobster has been an important source of heritage shellfish that is significant on so many levels. Lobster caught in the U.S. Gulf of Maine, the U.S. Georges Bank, and Canada is a “Good Alternative.” Entanglement of whales, including the critically endangered North Atlantic right whale, remains a serious concern and is something we have to be aware of. 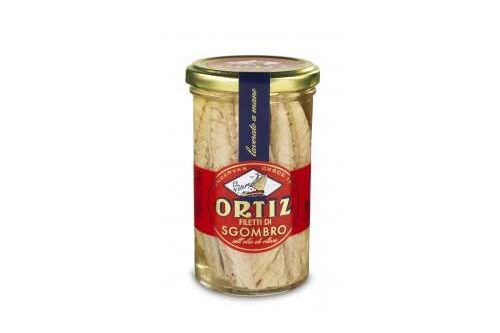 Sustainability: Mackerel, overall, is relatively sustainable. This is based upon proper catch methods. Atlantic Spanish mackerel caught in the U.S. Atlantic is considered a “Best Choice” from Seafood Watch. The stock is healthy, there are generally no serious bycatch concerns, and management is rated highly effective. 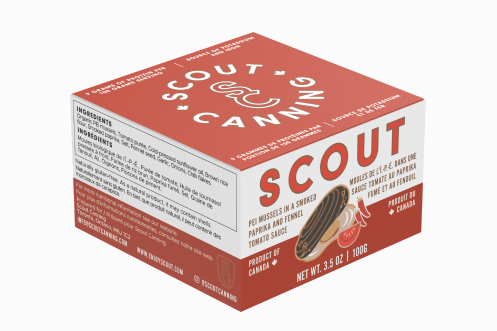 Sustainability: Farmed mussels generally considered a “Best Choice” from Seafood Watch. Mussel aquaculture is considered a highly sustainable practice because the overall environmental impacts of farming plankton-filtering species are minimal and the filterer nature of these important shellfish is so contributive. Know where they come from, enjoy them, and eat them in abundance! 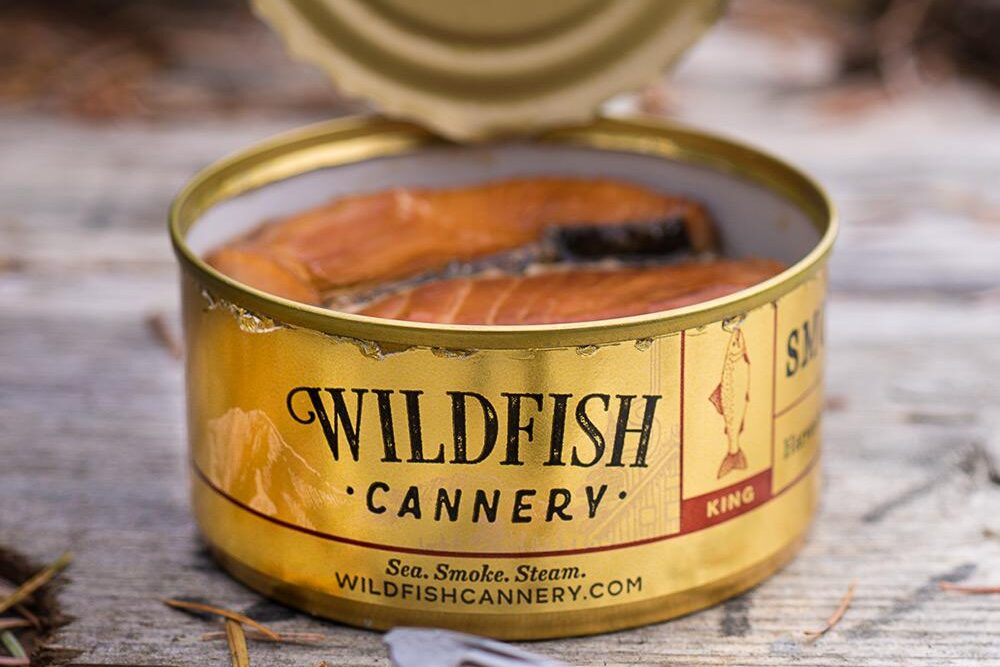 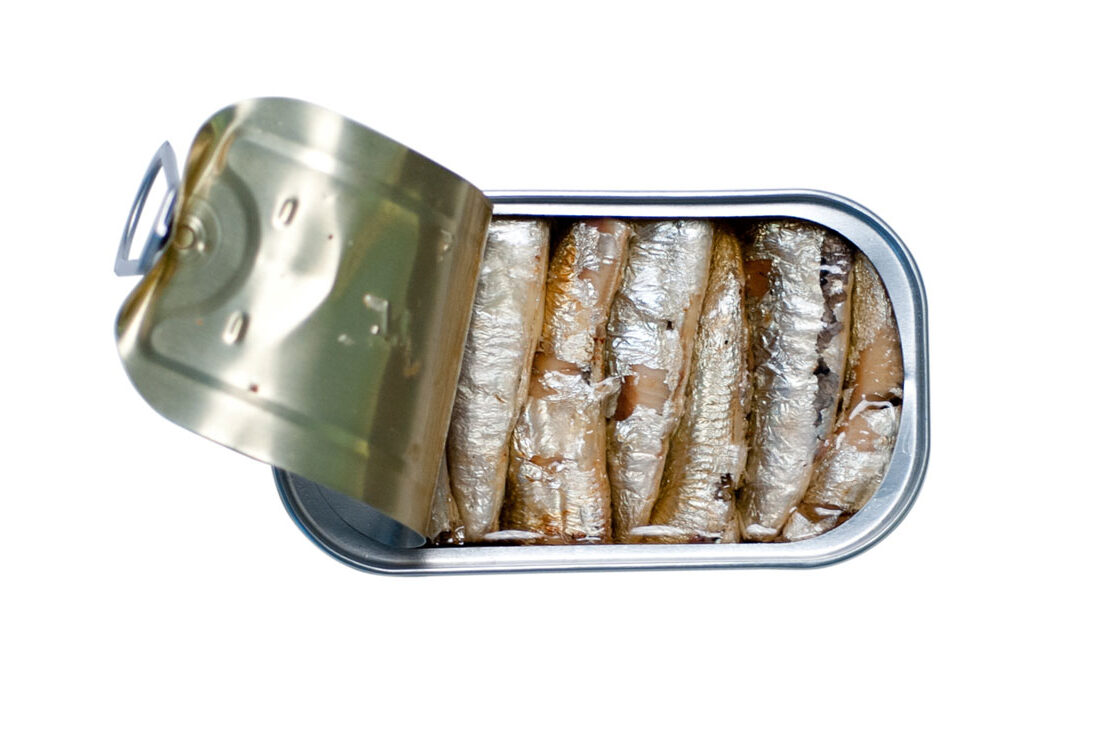 Sustainability: Almost all sardines are on Seafood Watch’s “Red” list or “Avoid” list. This is because the stock is depleted, and overfishing has been occurring for decades. In addition, there’s a lack of information about other species that are caught. Sardines are exceptionally important feeder fish for other fish. With the growth of unsustainable aquaculture, primarily salmon, the sardine fisheries are more than 90% depleted. Look for the Marine Stewardship Council (M.S.C.) logo on the tins. When you see this label, it is the only type of sardines that you can trust. 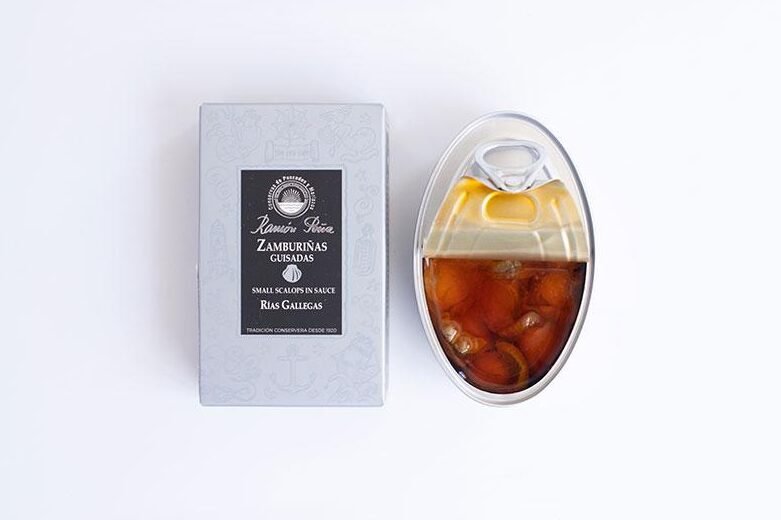 Sustainability: Farmed scallops are basically sustainable, landing in the “Yellow-Green” range overall.  Antibiotics and feeds are not used in scallop farming, there’s no effluence, and chemical use and ecosystem impacts are minimal. As with all tinned seafood, know your source and look into where the scallops come from and how impacted they are. 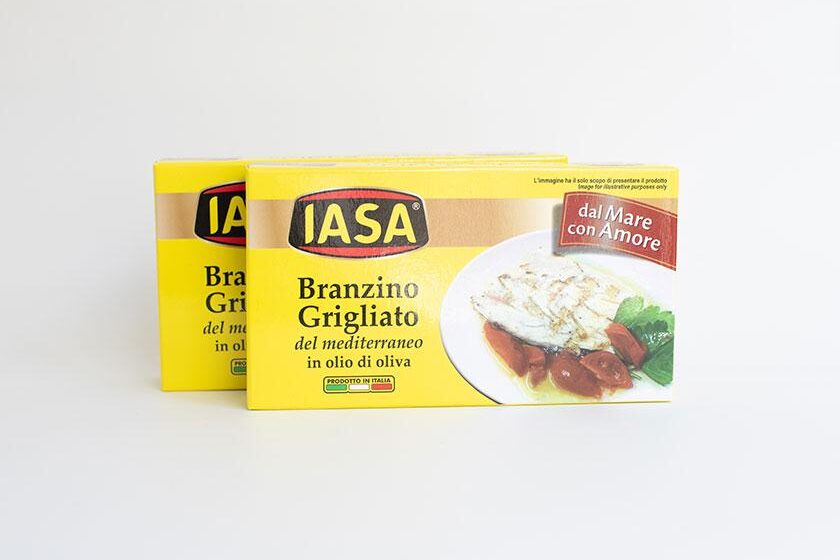 Sustainability: Sea bass is widely available worldwide and varied in its sustainability.  Sea bass is a “Best Choice” when farmed in indoor recirculating tanks with wastewater treatment and a “Good Alternative” when the wastewater isn’t treated. Other “Good Alternative” sources include black seabass caught in the U.S. Atlantic (including the U.S. Gulf of Maine, the U.S. Georges Bank, and Southern New England) and white seabass caught in California. Do not buy any tinned seafood (farmed or wild) that is unclear on the country of origin and how impacted the farm or fishery is.

Ocean’s Balance has the most delicious lemon Kelp Puree. 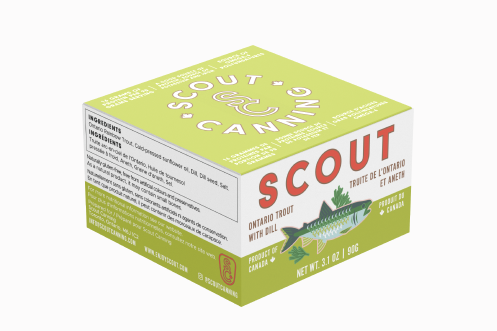 Recommend: Canned from Scout Cannery or smoked and placed in the refrigerator.

Sustainability: Look for lake trout caught in U.S. waters and rainbow trout farmed in the U.S.  Also, look for one of the following “Good Alternative” sources: lake trout from other Great Lakes sources (except Lake Superior’s Wisconsin waters); steelhead caught in Washington’s Humptulips, Queets, Quillayute and Quinault Rivers; and rainbow trout farmed in Chile and Canada. There are a number of fantastic farmed trout, which people have been farming for hundreds of years. Look for tinned trout that is clear about its origin. 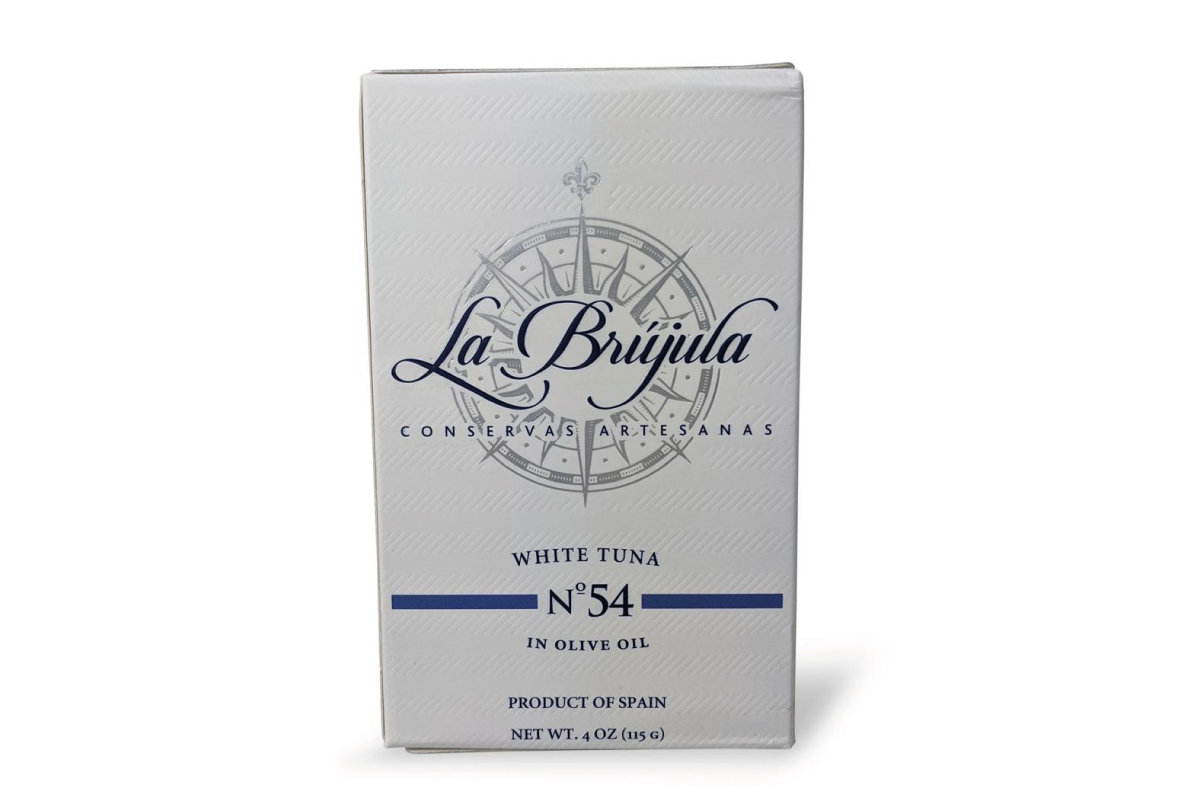 Sustainability: Look for the following “Best Choice” sources of tuna caught with trolling lines or handlines and hand-operated pole-and-lines: skipjack tuna (a.k.a. light tuna) caught in the East Pacific or Western and Central Pacific; albacore (a.k.a. white tuna) caught in the North Pacific, South Pacific or North Atlantic; and yellowfin tuna caught in the Western and Central Pacific. Tuna caught in the U.S. is a “Best Choice” or “Good Alternative,” except for Pacific bluefin tuna caught in California and bigeye tuna caught in the Atlantic with drifting longlines – these are both ones to avoid. Many “Good Alternative” sources of tuna are caught with trolling lines, harpoons, handlines, and hand-operated pole-and-lines, or purse seines that don’t use floating objects (non-FAD). However, there are some Indian Ocean sources caught with these gears on the “Avoid” list. The MSC rating should be on the can, along with logos from Dolphin Safe and Fair Trade certified. 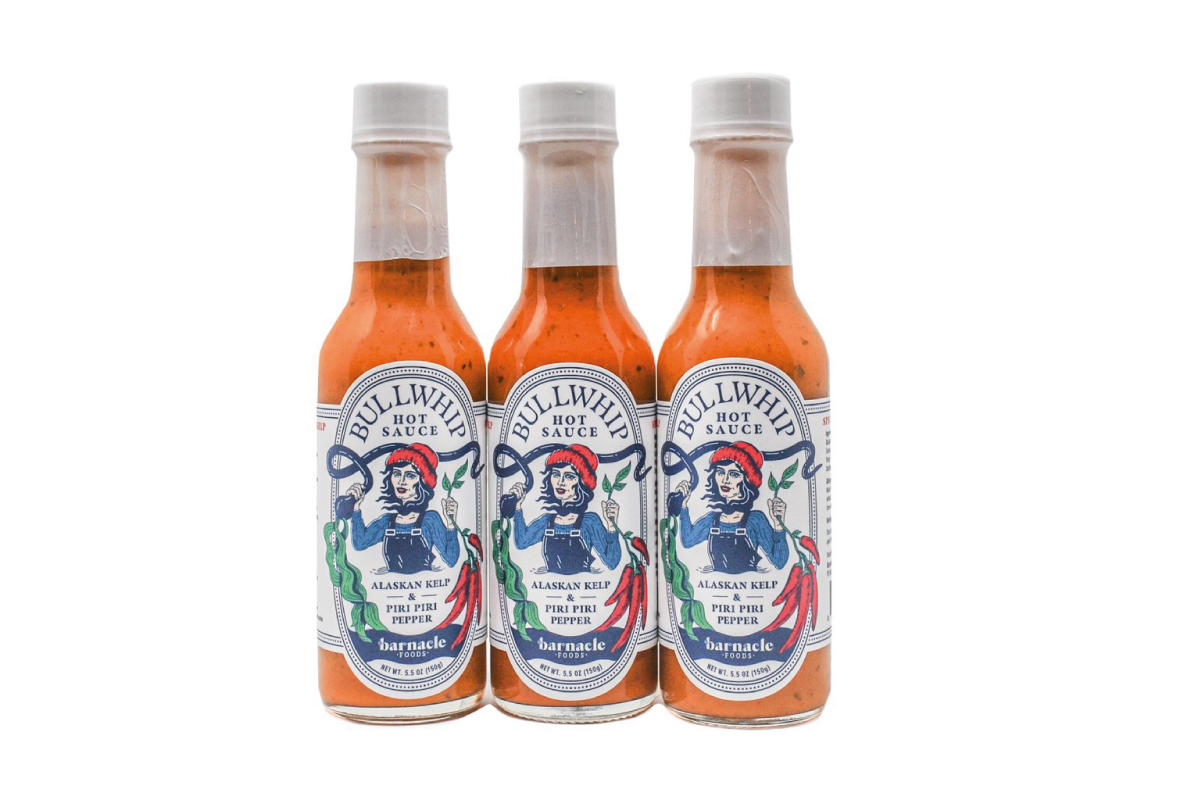 I love this Barnacle Bullwhip Kelp Hot Sauce made with bull kelp and piri piri peppers! 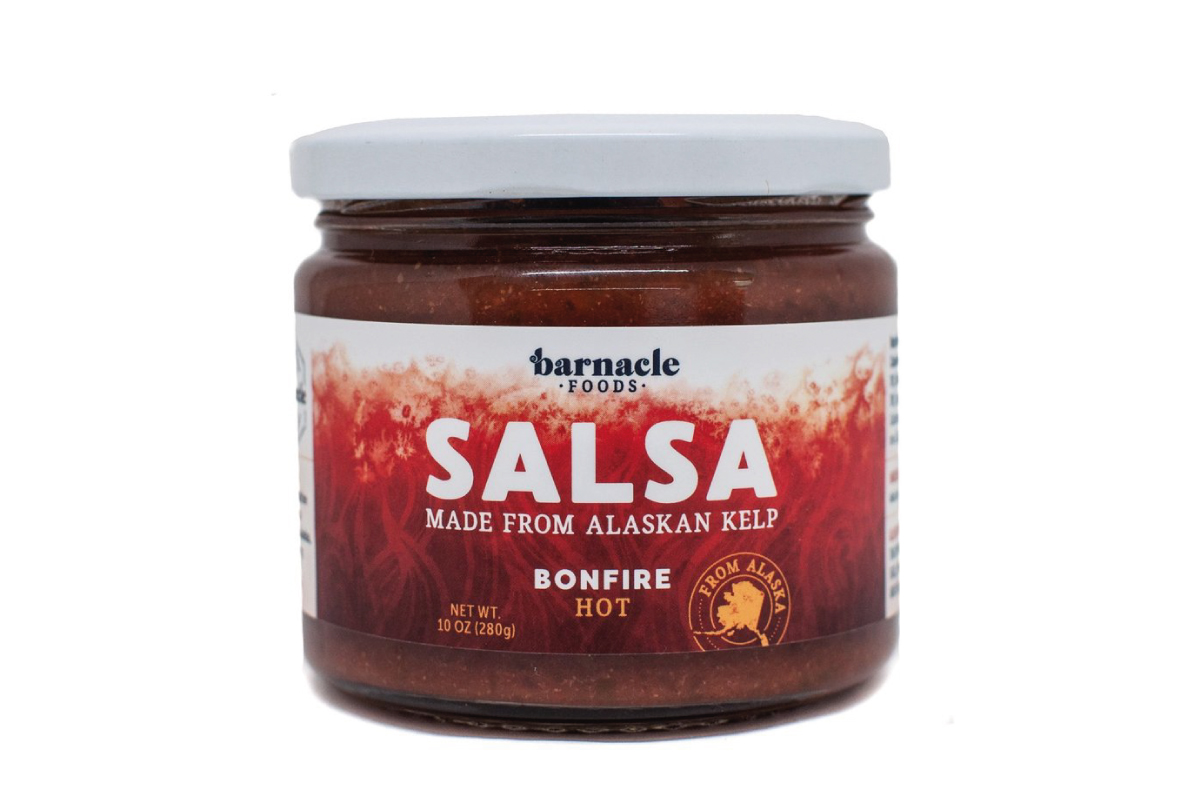 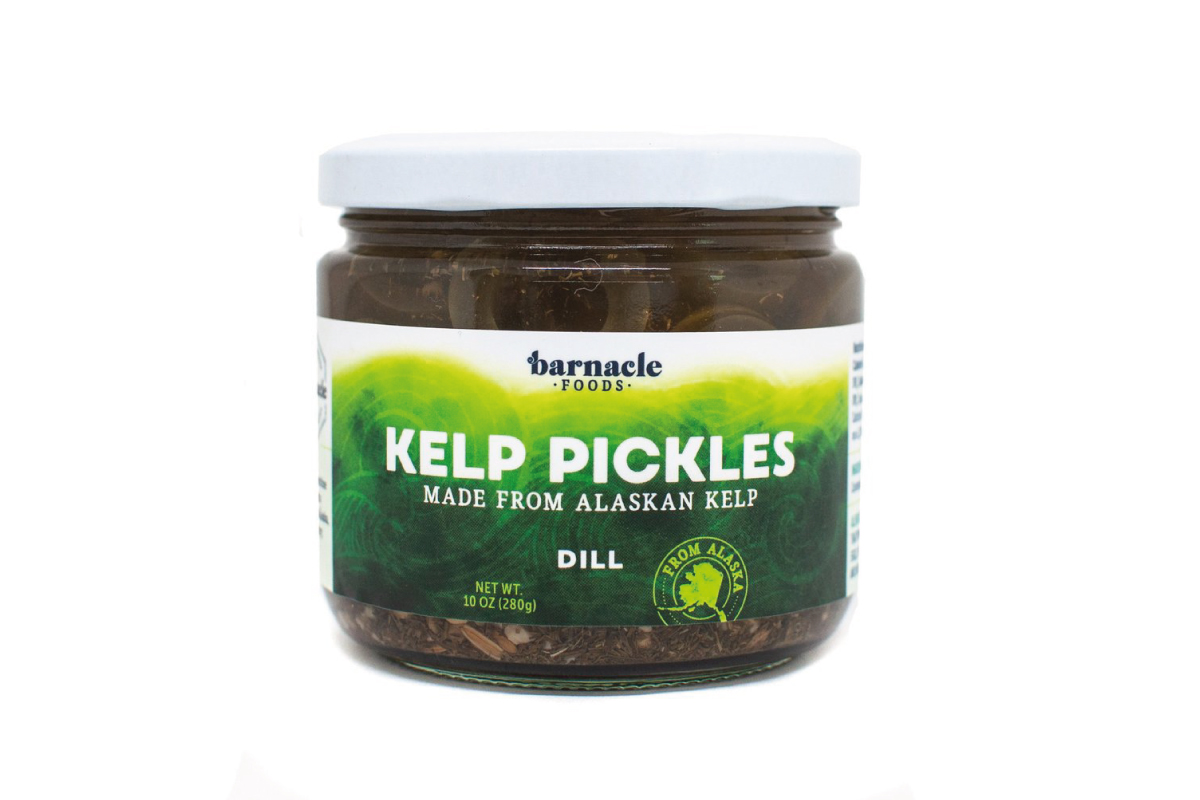 BACK TO SEA PANTRY